Pontianak is the capital of the Indonesian province of West Kalimantan, founded by Syarif Abdurrahman Alkadrie as a capital of Sultanate of Kadriyah on 23 October 1771 / 14 Rajab 1185 AH. Indonesia is truly a beautiful country which is why it attracts tourists from around the world. With an archipelago of around 18,000 islands, it’s definitely a diverse mix of natural wonders and booming cities to historic temples and prime beaches. The city was founded as a small Malay fishing village at the bank of the Kapuas River.

It then became the seat of the Pontianak Sultanate for several centuries. Pontianak was then incorporated into the Dutch East Indies after an agreement between the Pontianak Sultanate and the Dutch Government. Pontianak is a multicultural city, as different ethnic groups such as the Dayak, Malay, Bugis people along with Javanese, Madura people, Bataks, Ambon peope, Papuan transmigrants, and Manado people creating a unique culture that can not be found in other parts of Indonesia. Pontianak lies smack on the Equator at an elevation ranging from 0.1 to 1.5 meters above sea level.

What to Eat
Pontianak food is a culinary paradise, known for it’s culinary attractions which is as diverse as it’s people. Some of the well known food include:

Where to Eat
1. Nasi Akwang 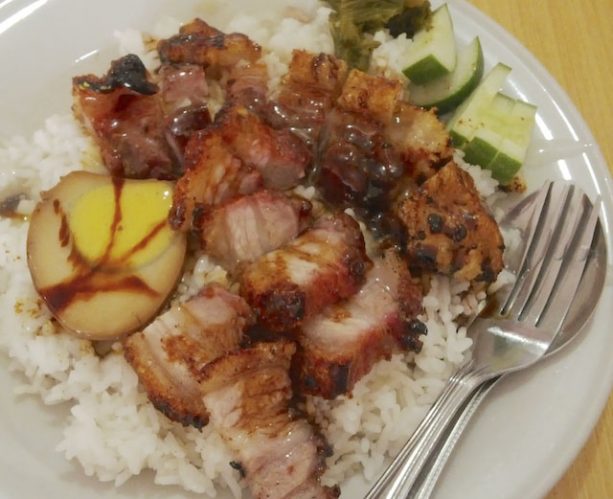 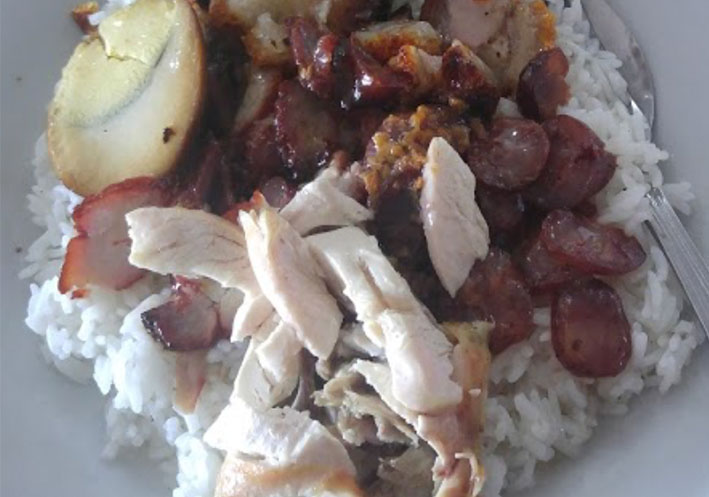 Book A Room at Aston Pontianak Hotel and Convention Center

5 Must to see Places in Pontianak, Borneo
1. Istana Kadriah

Address: Jl. Khatulistiwa, Siantan, Pontianak Utara, Batu Layang, Pontianak Utara, Kota Pontianak, 78244 Kalimantan Barat, Indonesia
Equator monument is located in Jalan Khatulistiwa, North Pontianak which is about 3 kilometres from the city centre of Pontianak. Don’t be disappointed that this is not on the equator any more since the equator has moved slightly southwards. However, there is another line outside the monument, that shows the recorded position in 2005. The position of the equator in 2010 is even further south and in the river, as your GPS device will confirm.

The monument consists of four iron wood poles, each with a diameter of about 0,30 metre, with frontage bollard height is two pieces as high as 3,05 radian place backside bollard and the signpost dart as high as 4,40 metres.

Address: JL. Sutan Syahrir No.07, 78116 Pontianak, Indonesia
This is a replica of the traditional Dayak tribal houses in West Kalimantan, Betang Radakng, Pontianak. It was built as  tribal houses consisting of three parts, a lobby where the whole family gather, a patio for evening relaxation, and a private chambers for each family member. Betang Radakng is made of ironwood and decorated with carvings and paintings.

Address: Pontianak, West Kalimantan, Indonesia
The Kapuas River (or Kapoeas River) is a river in the Indonesian part of Borneo island, at the geographic center of Maritime Southeast Asia. At 1,143 kilometers (710 mi) in length, it is the longest river of Indonesia and one of the world’s longest island rivers. It originates in the Müller mountain range at the center of the island and flows west into the South China Sea creating an extended marshy delta. The delta itself is located west-southwest of Pontianak, the capital of the West Kalimantan province.

Address: Jl. Jenderal Ahmad Yani, Bansir Laut, Pontianak Tenggara, Kota Pontianak, Kalimantan Barat 78115, Indonesia
The monument was established as a memorial to the struggle of eleven Sarekat Islam leaders in West Kalimantan, who were banished to Boven Digoel , West Irian for fear that their movement would trigger a rebellion against the Dutch East Indies government in Kalimantan. The Digulis Monument or the Pointed Bamboo Monument or the Untan Roundabout Monument by local residents, is a monument located in the Tanjungpura University Roundabout, Jalan Jend. The monument comprising of eleven pointed bamboo was inaugurated in 1987. In 1995, the monument was repainted in red and white. A renovation was carried out on the monument so that it was shaped more like pointed bamboo that you see in the photo above.